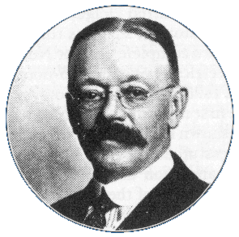 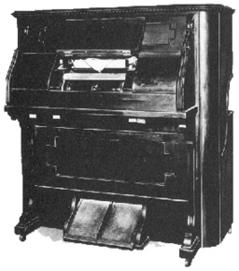 This stamp from The Player Piano Mouse shows Melody's papa, Morris who inspired Edwin Votey to create his Pianola that operated with holes punched in paper rolls.  Notice the smaller picture of Melody's mama, Maggie operating her mouse sized Pianola.  Also, note the resemblance of Morris to Edwin Votey:

In The Player Piano Mouse, it is Melody's papa, Morris, who was responsible for chewing holes in Edwin Votey's workshop papers.  The neatly chewed holes in Edwin's drafting paper inspired him to create the paper rolls used for the Pianola and, eventually, Player Pianos. 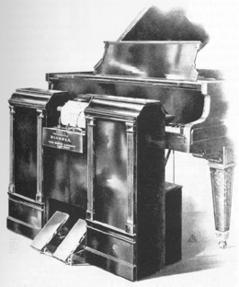 This player piano is just one example of the many designs that were available in the early 1900s.  Prior to this "all  in one" design, player pianos were separate units that were wheeled up to a piano.  The most famous brand of early players was called the "Pianola"--it was invented by the Aeolian Company.  Edwin Votey is credited as the primary inventor of this automated player design.  Here is a photo of a Pianola:

Thanks to Edwin and Morris for working together to bring magic to the music world!

Watch this video from the one and only Musical Instrument Museum in Phoenix, Arizona, USA. 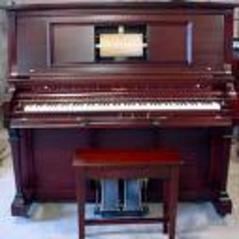 An Aeolian Pianola external player, noticeably more compact than the prototype model above, seen here with a grand piano.

Notice in the photo above there are no keys!  That is because this machine had to be rolled up to the keyboard of a piano.  The operator would sit on a chair or bench with their feet on the pedals.  They would pump the pedals which breathed air into the Pianola.  A paper roll with holes punched would run across a "reader bar".  The holes in the paper corresponded to individual keys on the piano.  Finger-like felt covered hammers would push down on the piano keys.  The operator could control the speed and some of the loud and soft elements of the piece being played. 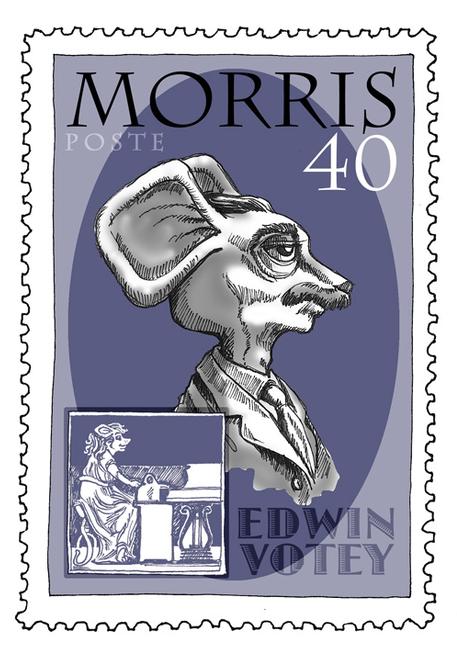